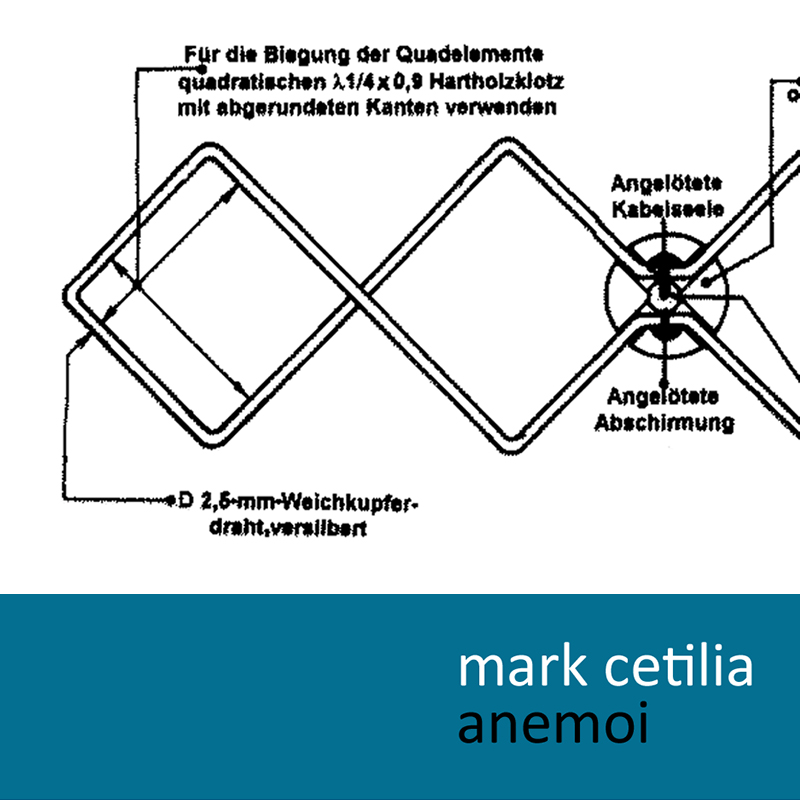 Anemoi is a composition created entirely from material gathered using a 4' square loop antenna during an electrical outage caused by a narrowly-missed hurricane in rural Florida. As part of an artist residency at the Atlantic Center for the Arts in Summer 2008, I created a square loop antenna capable of detecting any changes in the electromagnetic field within 10 miles: lightning, other atmospheric conditions, and of course any source of electricity nearby. Shortly after constructing this antenna, the electricity for the entire complex went out due to a tropical storm passing overhead. Anemoi is an attempt to recreate my experience of gathering recordings during this storm: rain, lighting, moments of total stillness, whipping winds, tree branches scraping against each other, struggling with the antenna to avoid tuning in radio stations, and finally, the restoration of electricity to the surrounding environment.