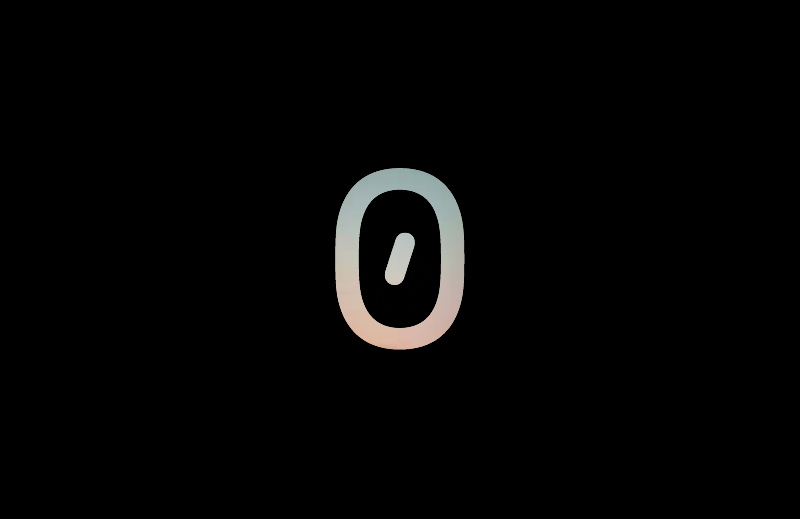 My group Mem1 will be presenting a number of audiovisual works as well as a performance at O' in Milan on Thursday, March 27 in conjunction with an artist residency we are doing from Mach 23 - 31. More >> 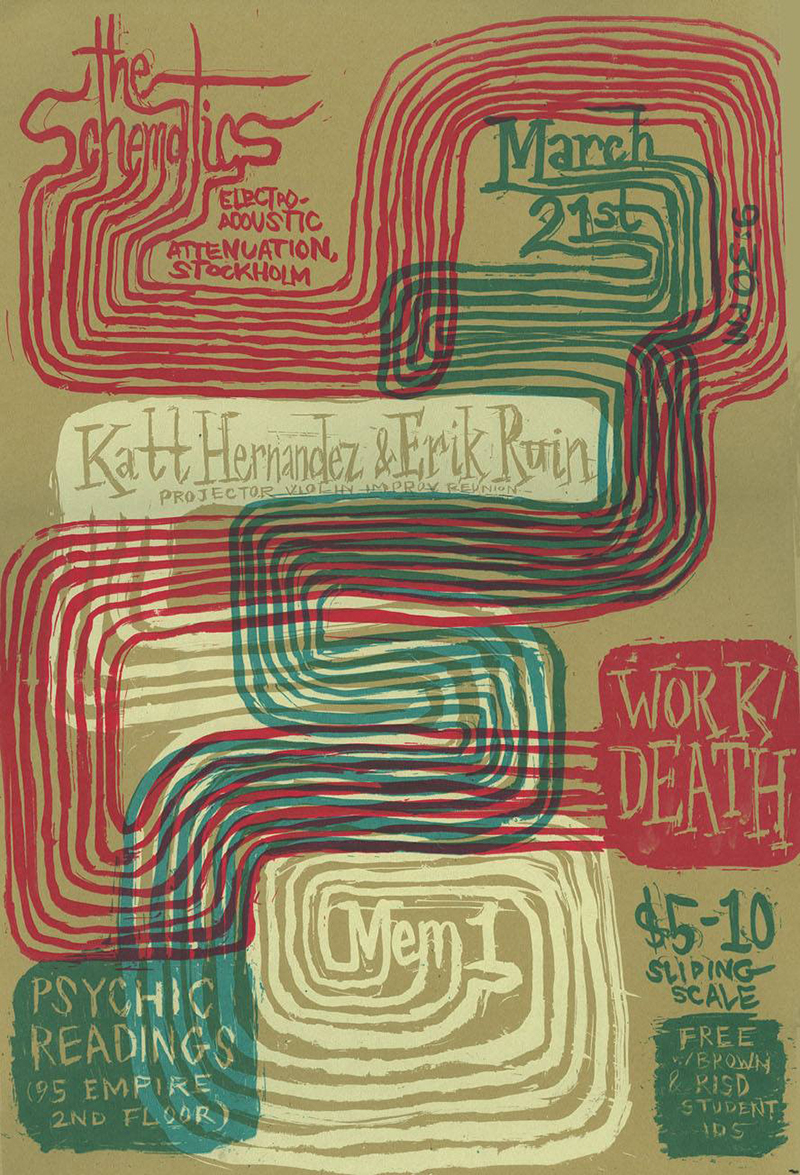 My group Mem1 will be performing at Psychic Readings on March 21 alongside The Schematics, Katt Hernandez + Erik Ruin, and Work / Death. More >> 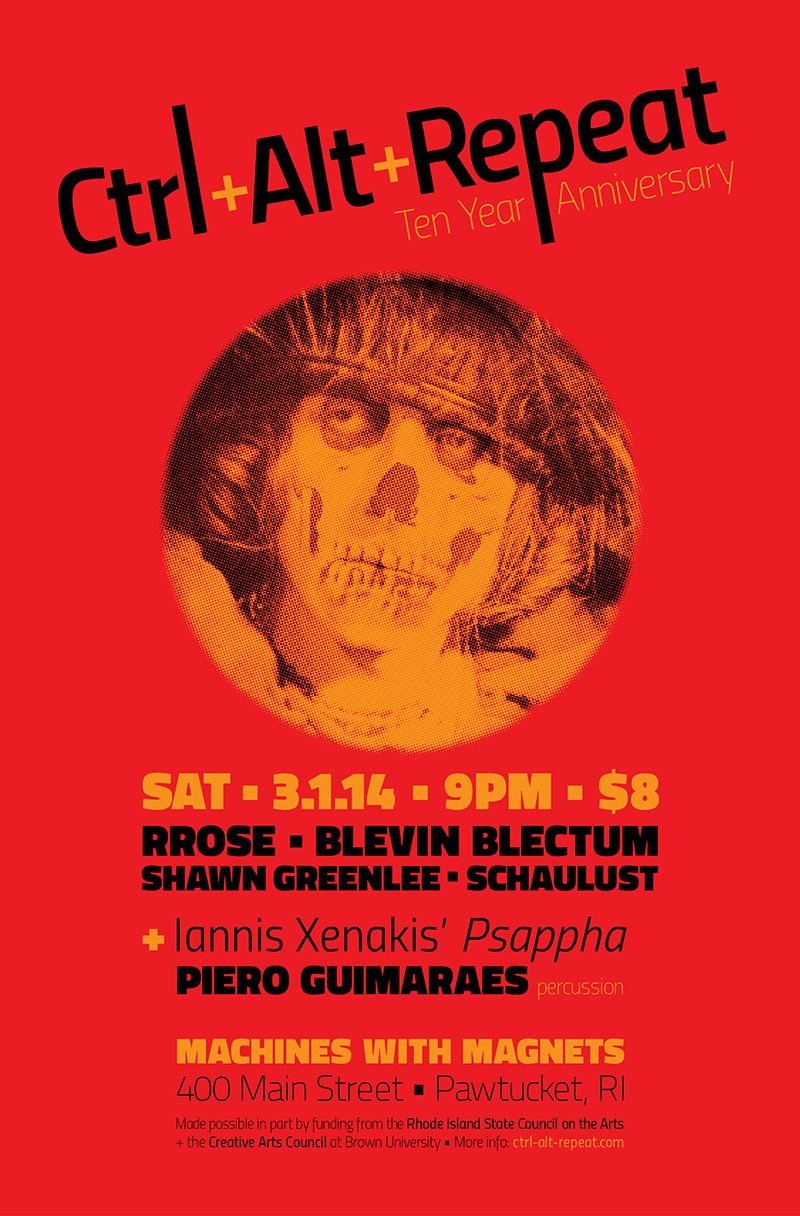 Excited to announce the Ctrl+Alt+Repeat ten year anniversary celebration on March 1. The evening will include performances by Rrose, Blevin Blectum, Shawn Greenlee, and myself (under my Schaulust guise), as well as Piero Guimaraes, who will be presenting Iannis Xenakis’ Psappha. More >>

Excited to announce that Blevin Blectum’s new album, Irradiance is now available via Estuary Ltd. as a letterpress-printed, hand-numbered edition of 200. More >>