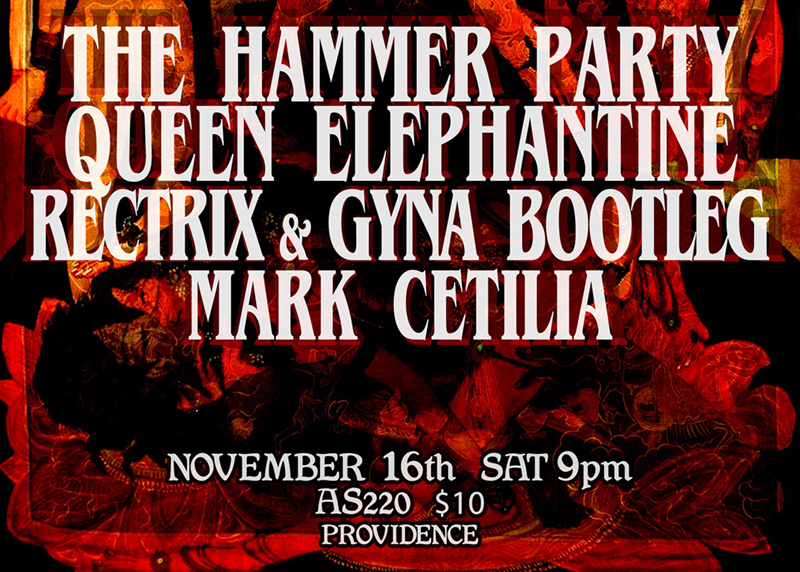 I will be performing a solo set at AS220 on Novermber 16 alongside The Hammer Party, Queen Elephantine, and Rectrix & Gyna Bootleg. 9pm / $10. More >> 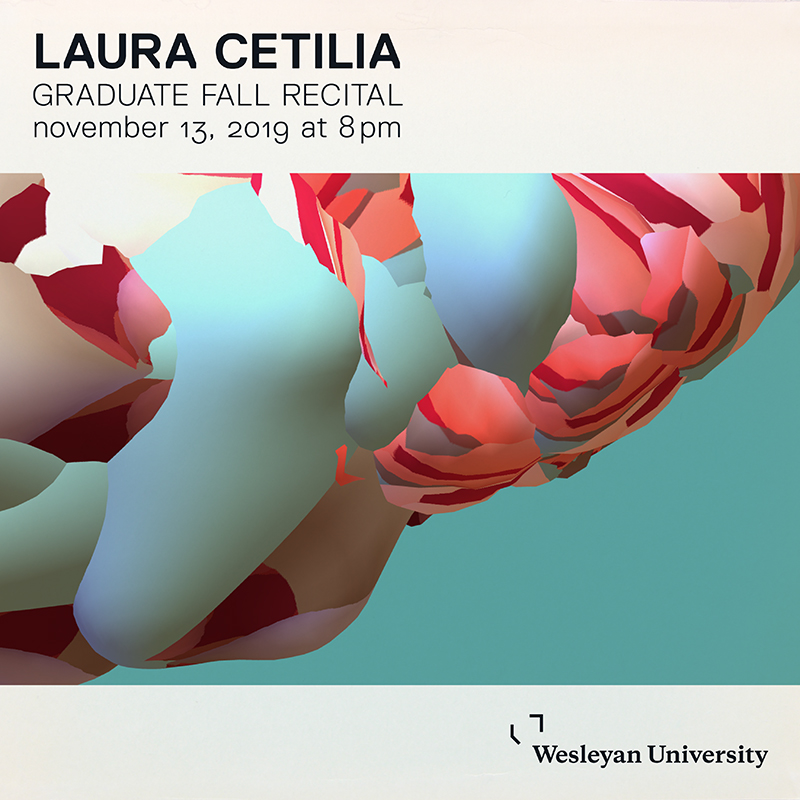 My group Mem1 will be performing as part of Laura Cetilia's Graduate Fall Recital at Wesleyan's World Music Hall on Wednesday, November 13. The evening will feature a premiere of Laura’s new composition Mauve Stinger (for 2 cellos, 2 guitars, 2 percussionists) and works that were influential on her practice and help frame / situate it in the field: André Cormier’s Quatuour du Chandelles (2010) and Libellules (2014) will be performed concurrently as an hour-long prelude beginning at 8pm, followed at 9pm by Jürg Frey’s Circular Music No. 7 (2015), a diffusion of Steve Roden’s One Stone. And Arcs and Ears (2007), an untitled improvisation by Mem1, and the previously-mentioned Mauve Stinger (2019). More >> 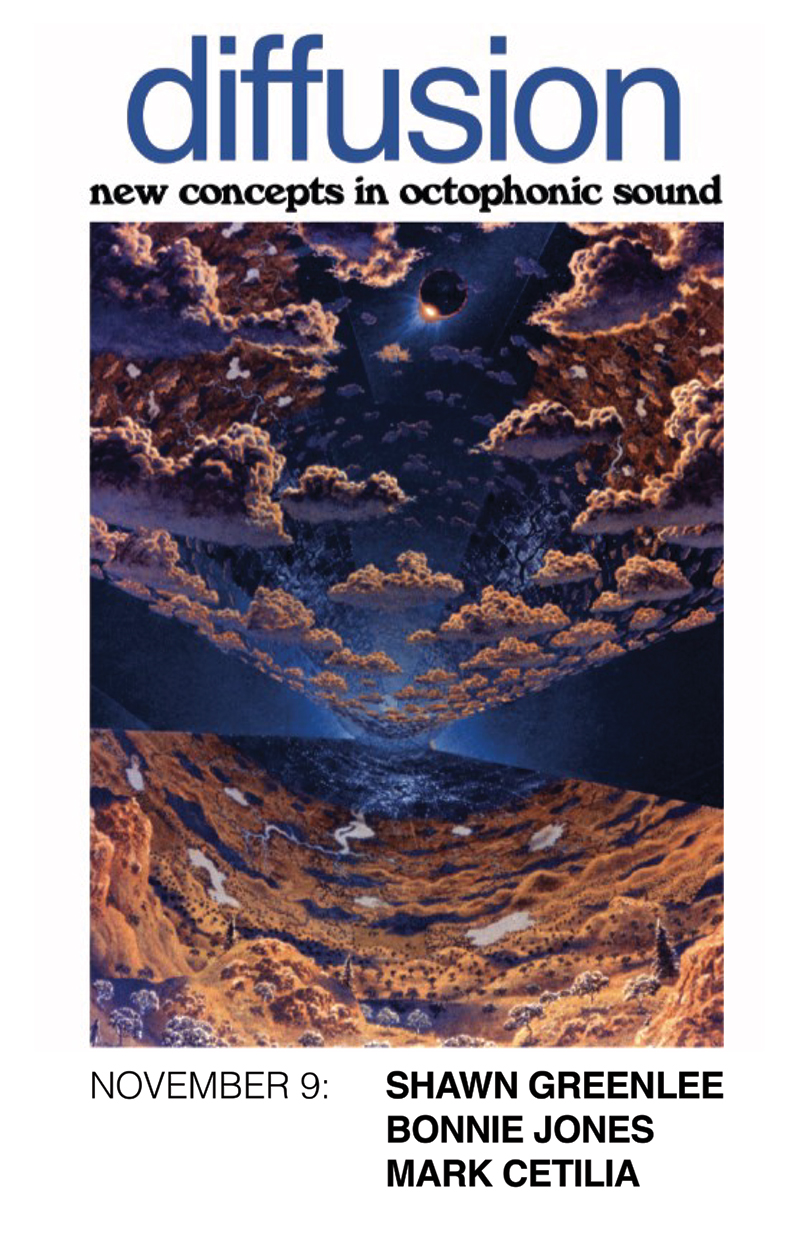 A fixed media version of my new work Stack / Shear will be presented in 8.2 surround at the 2019 Diffusion Festival for Multichannel Electronic Music at the Red Room in Baltimore, MD on November 9, 2019. The evening will also feature preformances by Shawn Greenlee and Bonnie Jones. More >> 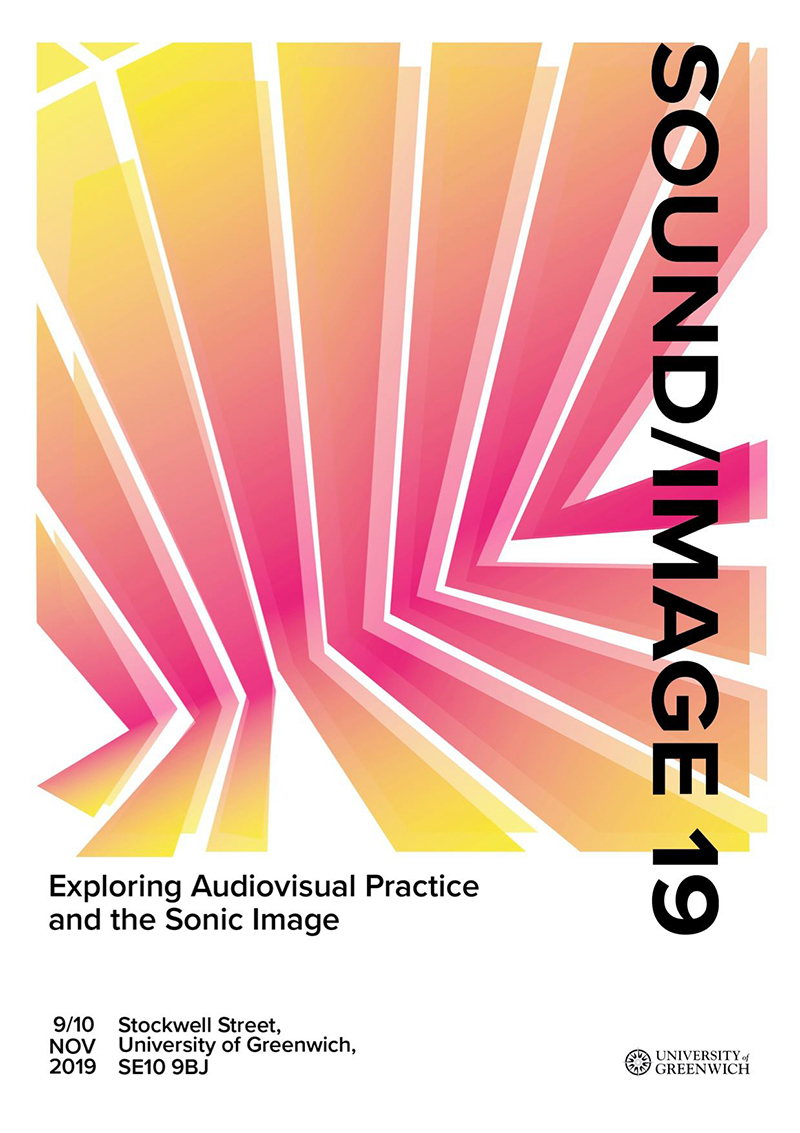 My audiovisual work Mountains of Cinder will be screened as part of SOUND/IMAGE19: Exploring Sonic and Audio-Visual Practice on November 9. This colloquium, hosted by the School of Design of the University of Greenwich in London, explores the relationship between sounds and images, and the images which sounds can construct by themselves, and features and features keynotes by Terry Flaxton and Annette Vande Gorne, talks by Trond Lossius (@trondlossius) and Jeremy Welsh, screenings by Gerhard Nierhaus and Andrew Knight-Hill, and more. More >>