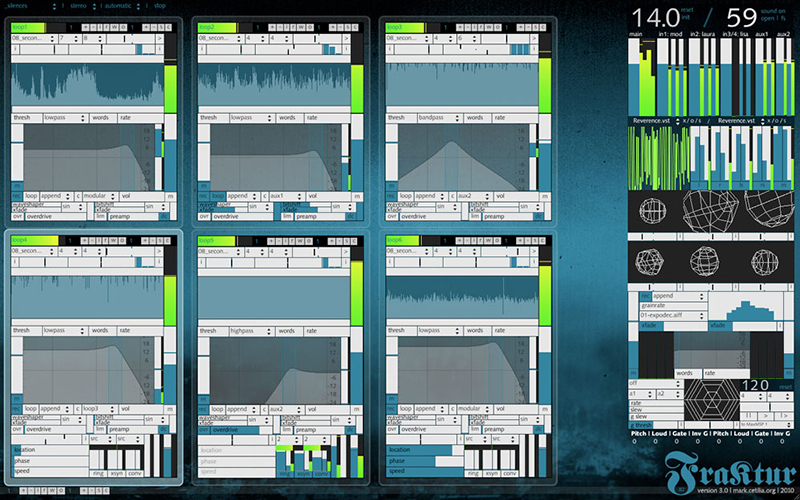 Fraktur v.3 | 2009 Fraktur v.3 was a re-imagined version of my personal performance platform, the lion's share of which was undertaken during an artist residency at USF Verftet in Bergen, NO in early 2009. This version of Fraktur took advantage of the control possibilities afforded by the MXPD-1 controller I had recently built during residencies at STEIM and Kunstenaarslogies in 2008. Fraktur v.3 both streamlined functionality, and applied a more consistent modular logic based on the Jamoma patching model.