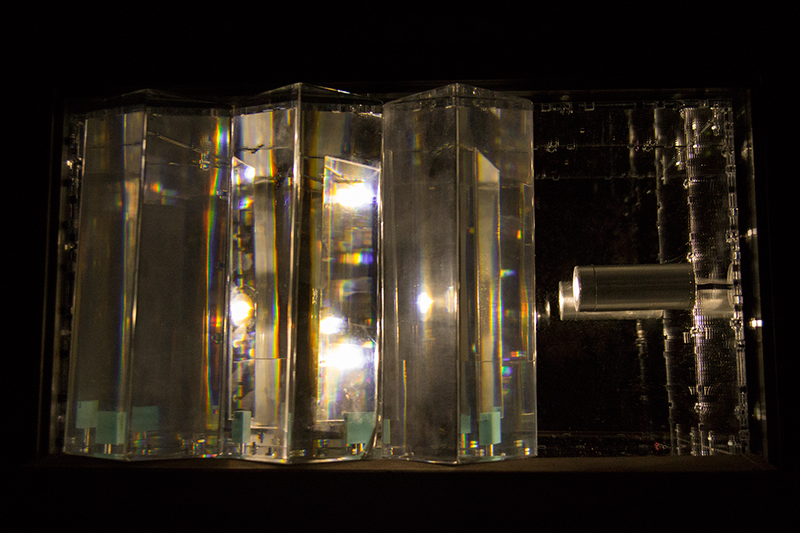 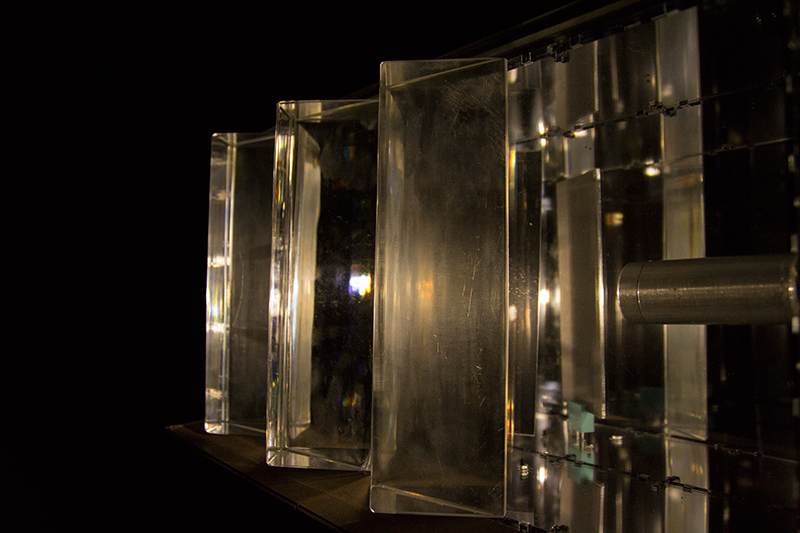 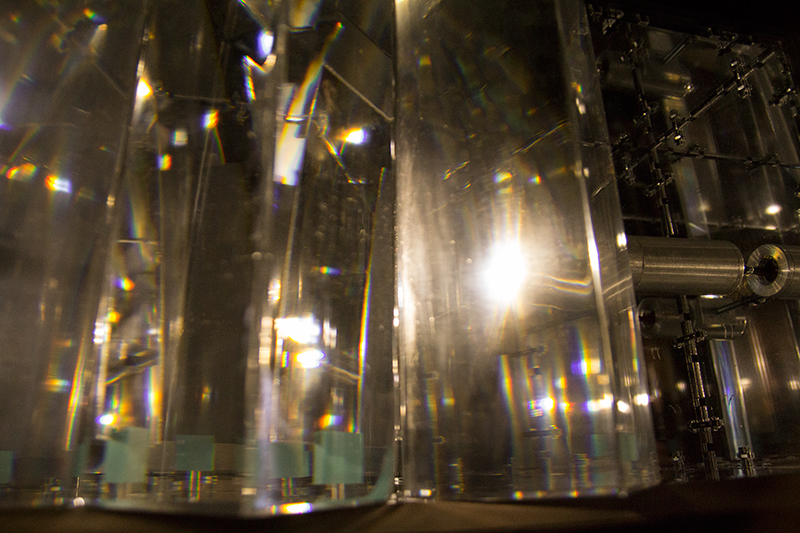 Schaulust  Projection Apparatus | 2014 The Schaulust projection apparatus was created out of an interest in “expanding” the possibilities of projection beyond the borders of a single, flat focal plane, to arrive at a greater sense of physicality and dimensionality, and to acknowledge and incorporate the architectural elements of the performance site.

This apparatus utilizes light sources of striking intensity whose flicker speed can be accessed directly, without needing to rely on film or video projectors with a fixed refresh rate. The apparatus itself is comprised of three mirrors, each affixed to a stepper motor via a 3D-printed joint, three large optical-quality cast-glass prismatic lenses, a high-powered LED, driver and housing, as well as an Arduino microcontroller, which is used to control the stepper motors and LED driver. It is situated in a road-ready enclosure, which houses a laser-cut mirrored acrylic shell containing the motors, mirrors, lighting system, and associated wiring.

Commands regulating the motion of the motors, as well as strobe speed and intensity, are sent from custom software written using the SuperCollider scripting language to the Arduino board. A number of these commands are automated, based on the speed and activity of various sequencing algorithms within my Fraktur v.4 performance system, thus allowing for general operation of the projection apparatus without need for constant hands-on interaction by the performer; however, a handful of high-level controls may be accessed by the performer using pitch sliders with center detents as found in Technics 1200 turntables, allowing for more dramatic changes in the style of projection during a given performance.